Aion community team has returned from Cologne and its business as usual back in their offices – except they have said on Twitter the following:

Back in Seattle time to prepare for open beta

Lani Blazier followed up with this:

Since everyone keeps asking…No announcement on OB yet. It will be sometime this week and I promise I’ll post it here as soon as I know!

With Brian finishing the discussion with:

open beta will begin sometime between aug 23rd and sept 22nd. ^^ Seriously though, we should have the announcement this week.

In the meantime … Guild Wars web page announced a special gift for all Guild Wars players that purchased Aion Collector’s Edition – special in-game emote that will make your avatar spread their Aion wings. UPDATE: We have added the video of the effect that surfaced on mmorpg.com. 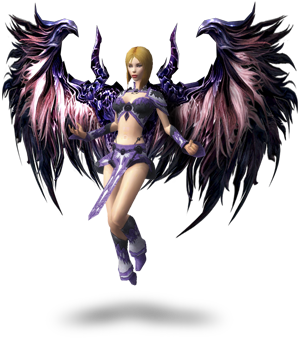 Wings for Guild Wars® characters? Yes! You may not be able to fly, but you’ll look awesome on the ground with these flashy wings from NCsoft’s upcoming MMORPG Aion™. For a limited time, when you purchase either the Aion SteelBook edition or the Aion Limited Collector’s Edition, you will receive an exclusive emote that allows you to summon a pair of Aion wings for your Guild Wars character!

This entry was posted in news, video. Bookmark the permalink.