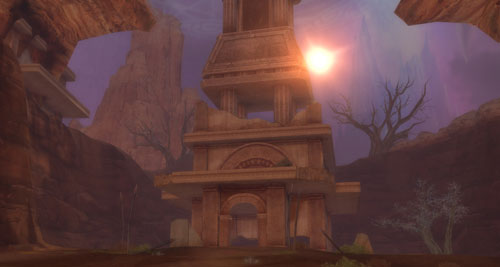 When you hit level 30 Fire Temple will become an important instance for you. You can access it very often – a lockdown is 30 minutes from the moment you enter the instance, you have a very good chance to get your first gold loot and it’s a really good way to get XP.

The Fire Temple can be accessed from Morheim for Asmos, and from Eltnen for Elyos. The instance is actually located in Morheim so the quests that will take you to the Fire Temple will be marked as [Spy/Group] for Elyos.

Before you enter the Fire Temple Instance take a look if there is a Named Temptress Lichna the Cruel inside Kyola Temple. This boss has also a very nice loot – blue and green weapons level 30.

Where is The Fire Temple Entrance

The Fire Temple entrance is a door in the basement of Kyola Temple in Eltnen. When you enter Kyola Temple go through the door on the right side (just faster access). In the first room (Thorntail Skyray and Shadow Bloodwing mobs) go right again. At the other end of the second room (Inflamed Temptress and Chaotic Temptress mobs) you will see another door, go through that door and go all the way to the other end of the room where you will see the entrance portal to get in. 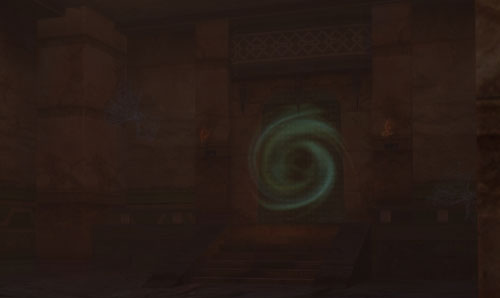 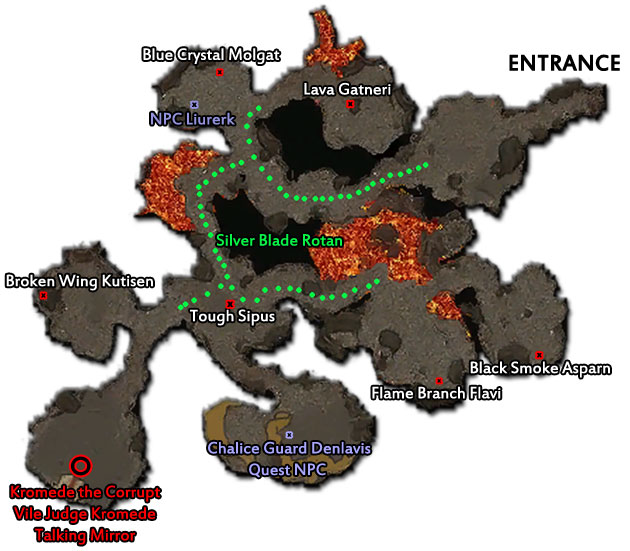 The last boss has two forms Kromede the Corrupt and Vile Judge Kromede. Vile Judge Kromede is another version of the last Boss in Aion’s Fire Temple instance. This version has a slightly higher chance of dropping epic loot.

To get to the last boss, take the left path but be careful not to fall into the lava. You will not die but there is no way out. If you want to avoid unnecessary fights go left or right and kill the mobs, instead of fighting through the middle of the room. When you clean your path, you can easily pull Kromede a side without aggroing other mobs in the room.

Kromede has very nasty AoE attacks so healers and rangers should stay back as far as they can. She also summons suspicious objects that explode causing additional AoE damage. You have a few seconds to kill them before they explode. They are easy to kill, so it’s a perfect moment for Gladiator to use Seismic Wave skill chain. The rest is tank and spank.

Video of my wife (lvl 37 Gladiator) and I (lvl 35 Chanter) killing the last boss in Aion’s Fire Temple instance. We have managed to clear the instance up to the last boss all by ourselves. The endevour took about 2 hours and we were so happy that the boss dropped some good loot. The boss later on dropped a gold sword for the missus, so it was well worth the time (and the XP was great).