Flying and Gliding in Aion

Flying in Aion is restricted to certain areas. The first available flight zones around the main town are: Verteron for Elyos and Altgard for Asmodian. The starting area Poeta and Sanctum for Elyos restrict free flight but allow gliding.  Upon arriving at main town and receiving quests you will realize that flight is an integral part of Aion and many quests from now on require this ability to obtain items or locate various NPCs to complete the quests. 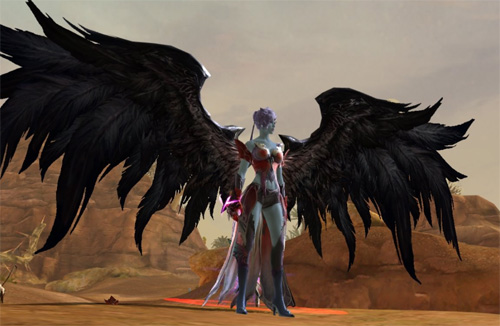 Gliding which is the quickest way of getting around. The ability to Glide is governed by momentum, so the higher you are, the further you will be able to go. It’s all about jumping from a high hill or cliff and opening your wings. Once you are in the air, press your Space Bar once to open your wings and begin Gliding and press it again to close them. Speed is controlled by leaning forward (W) or back (S). The mouse can be used to control your direction, the same as flight.

The only other thing you can do during free flight is initiate combat. It works exactly the same as normal fighting on the ground but involves slightly different animations. More flight options unlock at level 25 when you reach the Abyss.

1 Response to Flying and Gliding in Aion