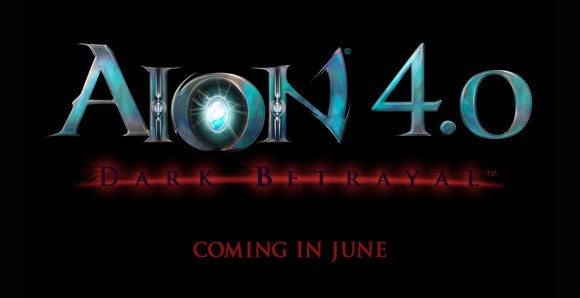 A few days ago, Massively made an interview with Sean Orlikowski, and unveiled some great news for all Aion fans. According to Aion’s associate producer Sean Orlikowski, Dark Betrayal expansion will be released in June for North America. Aion 4.0 update will be the same as Korea’s 4.2 update.

When 4.0 hits here in NA, the build will actually correspond to Korea’s 4.2; our version will start with two of the new classes right off the bat, unlike Korea’s 4.0 launch. Players wanting to test their wings as a Songweaver (the official name of the bard class) or a Gunslinger have only until June to secure free slots on their accounts.