Wildstar – one MMO to check out this year

We recently attended a press event organized by Carbine Studios and NCSoft where we were shown, and got to play, Wildstar – MMORPG game coming sometime in 2013. After playing the game we thought it would be important to share our impressions about the game, because Wildstar is one of the few MMOs coming out this year and we wanted to relate what we saw, so you can decide if the game is worth your attention. MMO gamers are spread across their favorite games and when a new contender enters the fray we only give attention to games produced by big studios or backed by a major IP. This year, you should watch out for Wildstar instead.

Wildstar is a game that’s been in production for 5+ years (I think the exact number is 7). Its main philosophy is to “play the way you want to play“. It is placed in a brand new universe where a legendary planet Nexus has been discovered and two previously warring factions are rushing to discover all its secrets. There is a mysteriously vanished Elden race and we also have laser guns with magic and big swords all mixed together with humor and drawing style worth of a Disney movie. It is being made by industry veterans, headed by Jeremy Gaffney, founder of Turbine who had his hands in games like Asheron’s Call, Ultima Online, City of Heroes, Tabula Rasa, Guild Wars and more.

It might look familiar the first time you land on Deradune, one of the early regions in the game, but the moment you start killing mobs you see the first thing that makes this game unique – its combat. Combat is action oriented and based on “telegraphs”. These are visual hints mobs provide before they execute a skill. They can be long, narrow, straight paths or 180 degree arcs or checkerboard circles with few safe spots or pretty much anything. Your goal is to try and avoid the danger zones of mob skills and position yourself to land your own skills. Your skill also have telegraphs to help you decide where to stand to make the most damage. Everything comes very nicely together once you start actually playing. Watching videos of other people playing is nothing compared to how dynamic the game feels once you actually start playing yourself. You are constantly moving and double-tap dodging. This happens both during solo play and in dungeons where everything becomes even more hectic and action packed. Fighting bosses with this system is truly an experience you should provide yourself with if you are a MMORPG player.

There are loads of things to do in the game. I felt a bit overwhelmed as different stuf started popping up at me as we started playing. There are regular quests, than there are special quest chains that tell a specific region or overall story. You also get your Path quests (explorers discover new passageways, Soldiers kill with grenades certain mobs and similar). There are also challenges that pop up from time to time that challenge you to (for example) kill a certain number of mobs in the allotted time and if you do really good you will get from bronze to gold medal and appropriate awards or even unlock achievements. There are also public events in which a large number of players can all participate. There are unmarked collectible to be found in the game and PvP matches to be played. We tried doing ALL THE THINGS during our gametime (which spanned across several sessions for a total of some 6 hours) and we still wanted more. 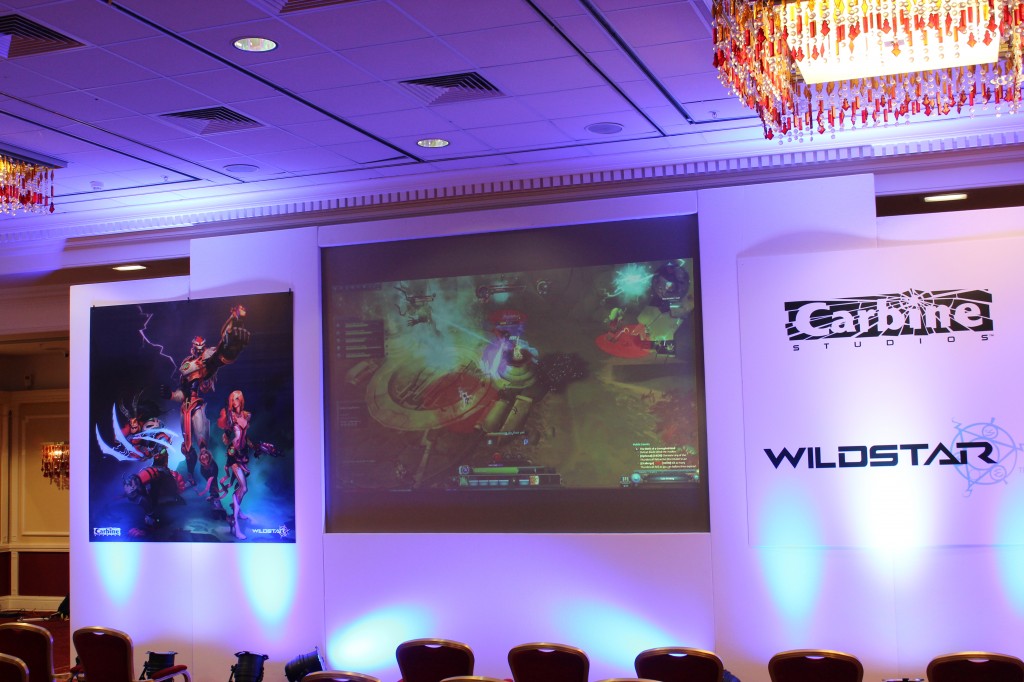 We managed to play around with housing, which you get access to fairly early on (in this build we got there at level 5). Housing is very customizeable and you get to decorate your house on the outside by placing items into allotted slots (they can be interactive items as well – like a crafting bench). You also get to freform customize your house on the inside with hundreds of items that you can rotate, resize and move every which way you like. Upside down tables on the ceiling – no problem – huge swords protruding from mysterious animal heads – sure – a bar – you betcha. One of the better housing systems we have seen in a while.

We learned from talking to the developers that there are many more things to be experienced in the game. What we saw is that people making this game are veterans in the industry with deep knowledge of how MMORPGs work and a clear vision of what they want to create for their audience. If I did not get a chance to actually play the systems that they talked about I would have taken a lot of that with a grain of salt. After actually playing the game I realized that I might be looking at my favorite game of 2013. Beta signups are available on the official website and you can read more about the on our sister site Wildstar Life:

If you have any questions about the game and our experience with it feel free to use the comments section bellow.

This entry was posted in Editorial. Bookmark the permalink.